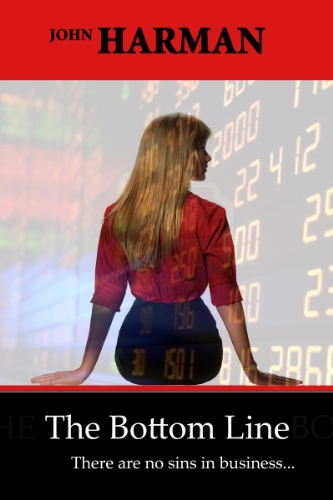 Corporate Corruption and Environmental Pollution in the Barracuda White-Collar World of Big Business.This 600-page conspiracy thriller, originally published by Headline Publishing, is a saga about corporate corruption and environmental pollution covering a number of years in the barracuda white-collar world of big business. The novel has a strong and exciting plot but is also very character driven. After fighting his way to the top of the world of corporate power and high finance, CEO Richard Hoecheck stops at nothing, including murder, blackmail, insider trading and the deaths of scores of innocent people, to stay there.The novel's female protagonist, Madeleine Weybourne, also has an overriding ambition - to be a winner in the whirling circus of high finance while secretly wishing to revenge herself on the man who sexually abused her at work, tried to rape her and then subsequently trashed her career.The novel's third main character, Tony Oldbridge, is an unusual kind of PR man. All he wants is to find the truth. But caught up in the slippery business of corporate corruption, white collar crime and insider trading, nothing is as it seems. In a world where politicians are compromised, the press manipulated and death on a tragic scale covered up, Tony discovers that the pursuit of truth can be very costly. And being a whistle-blower can be very dangerous.The fast-paced plot of this novel has three people thrown together in the teeming stream of executive life where living fast and playing dirty is the norm, where everything - sex, friendship, honour, survival itself - has a price at which it can be traded. For each of them, driven by their ambitions, nothing else matters but ... The Bottom Line.Like the sound of this book? Scroll up now and take a Look Inside!