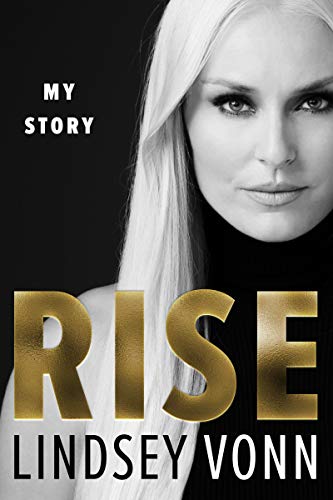 Reseña del editor The first ever memoir from the greatest female ski racer of all time, revealing never before told stories of her life in the fast lane – and the bold decisions that helped her break down barriers for athletes around the world.On February 10, 2019, at the age of 34, world champion alpine skier and Olympic gold medallist Lindsey Vonn announced to the world that she would retire. Vonn, who became the first American woman to win a downhill race at the 2010 Vancouver Olympic Games, has led an incredible career on the slopes earning 82 World Cup wins, 20 World Cup titles, 3 Olympic medals, and 7 World Championship medals. In her new memoir, Vonn will share that her epic journey to success has been anything but downhill. From moving away from her small Minnesota town to pursue her career and navigating her personal life in the public eye, to challenging the skiing norm and raising the profile of women in the sport and the high-speed crashes she endured and the remarkable recoveries she made, Vonn has faced her fair share of obstacles and has unbelievably persevered through them all.Also the founder of the Lindsey Vonn Foundation, Vonn has been an inspiration to fans and athletes—especially young women—everywhere since her Olympic debut. With her new inspiring book, readers will cheer for their favorite sports hero all over again as she recounts her triumphs, shares what her next chapter will entail, and reminds us to never give up on our dreams. Biografía del autor Lindsey Vonn is an Olympic gold medal--winning alpine ski racer and a member of the U.S. Ski Team. The most successful female skier in history, she holds four overall World Cup titles. She was also an NBC news correspondent during the 2014 Winter Olympics, and is the founder of the Lindsey Vonn Foundation. She is currently training for the 2018 Winter Olympics, for which she has been named an International Games Ambassador. She lives in Vail, Colorado.